I’ve been trying to post every two weeks, and this time (today) it falls on my birthday, the number of which shall remain nameless (or numberless). I’m not big on celebrating birthdays, but my wife, Crystal, always makes them a special day, as only she can do, starting with her homemade Main wild blueberry pie last night (I’m not a great fan of cake). Delicious! 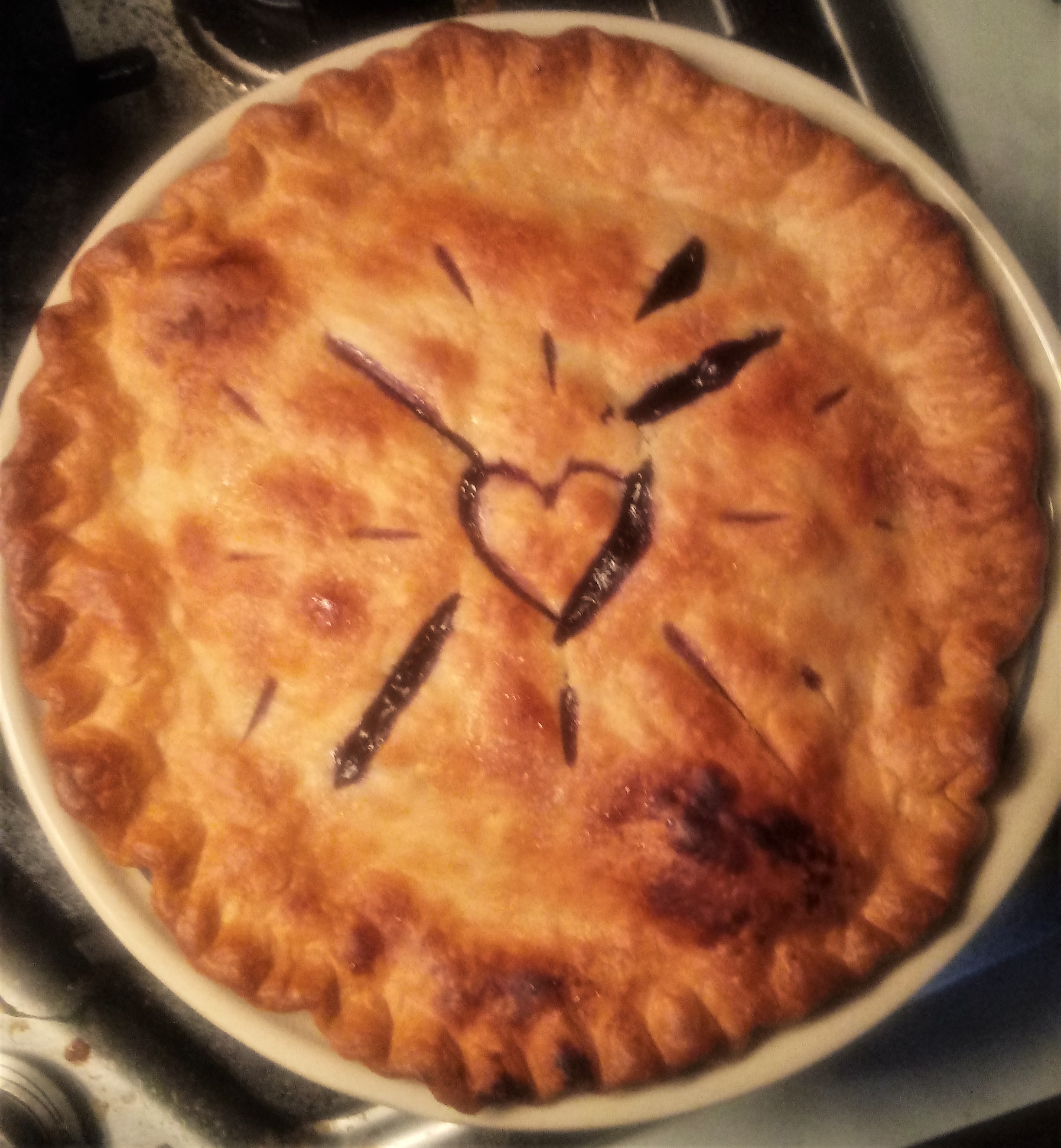 I have a funny idiosyncrasy, which is that I don’t really require expensive gifts but enjoy little trivial gifts, like a scented candle. But it is important to me that the person take the time to wrap them nicely, as I appreciate their taking care in doing it, and I enjoy the ceremony of unwrapping them. I joked this year that “I don’t really need anything, so if you’d like, you could just nicely gift wrap an empty box of air for me.” She insisted on putting actual things into a few boxes, though, which were thoughtfully chosen.

My birthday falls on the feast day of my very favorite saint, Padre Pio of Pietrelcina, who had the stigmata and other amazing miracles. He would be fascinating for you to look up and read about, even if you are not into saints. He floated in the air and could read people’s thoughts and even appear in two places at once.

I taught the first lesson of my new course for “Homeschool Connections” last Wednesday for my once-a-week online course, “Meet the Maestros: The Great Composers and Their Music”. I enjoyed it, and for that first class I focused on Bach and on affirming that music can still be great – yes, even music composed by European, dead, white males, and even if they did not live perfect lives. No slight intended toward any other demographics of composers, of course. My philosophy is: Go for the best piece of music, no matter and without bias as to who wrote it, rather than going primarily by what demographic representative wrote it, no matter how terrible the music itself may be, as some radio stations and concert programmers are now doing. Today’s class will be on both Claude Debussy and Maurice Ravel, and students will see me wearing a beret in the little live camera video window (along with my power point slides).

The Ignatius Press “Formed Book Club” has now aired their first two discussions of my “Sound of Beauty” book online, with three experts discussing the book together. A few more episodes will be posted on Thursdays at around noon central time on their site. I will put a link on my Facebook feed, if you want to find it there this Thursday and the next two or three weeks.

Next Tuesday (Sept. 29) at lunchtime, I will be honored to be the first inaugural guest speaker at Aquinas College for their new series called: “The Siena Lectures: Bridging Heaven and Earth”. After my talk on selected topics from my book, they will hold their own follow-up discussions in small groups about my presentation during the rest of the week over coffee or lunch.

You know it’s fall when the turkeys return to Hilltop! 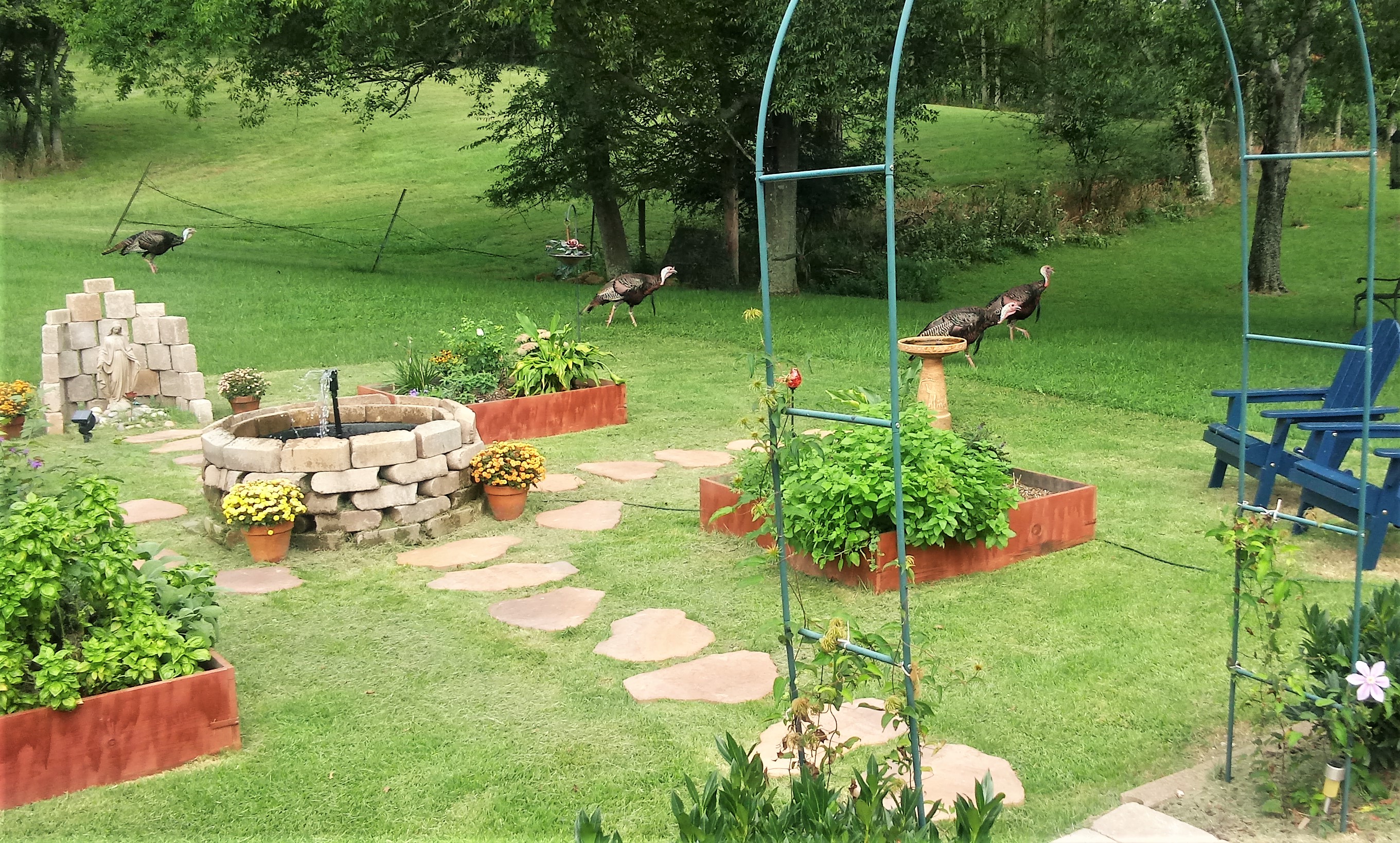 We have made reservations at a historic inn in Blowing Rock, NC on the Blue Ridge Parkway for the first week of October, in hopes of seeing at least a few leaves changing and visiting the little shops and sites there. Crystal has been before and loves the town. Another nice getaway that we are blessed to be able to do, now that I’m retired from Vanderbilt and free during Crystal’s school breaks. When we were both teaching, our fall and spring breaks never coincided, not to mention that I had to teach on Labor Day and she didn’t. So, I will not be posting in two weeks, during our trip, but will do so the following week and try to include a photo or two.

Watch for my next article in October in The Epoch Times, “When Bad Composers Do Good Things”. No, it’s not about good people who compose badly! It’s about bad people who compose well, like the Renaissance composer Gesualdo, who murdered his wife and got away with it, and several other unusual characters who composed masterworks of music through the ages. All the best, till next we meet.