In recent posts I have shared about preparing my upcoming album, but that music was composed a year or more before. So what am I composing now? I have mentioned here that I’m working on a new ballet commission, titled Raffaella, named after the ballerina pictured below. So far, I have posted here three of the audio mockups of scenes from this ballet and now have a new one below, hot off the press! 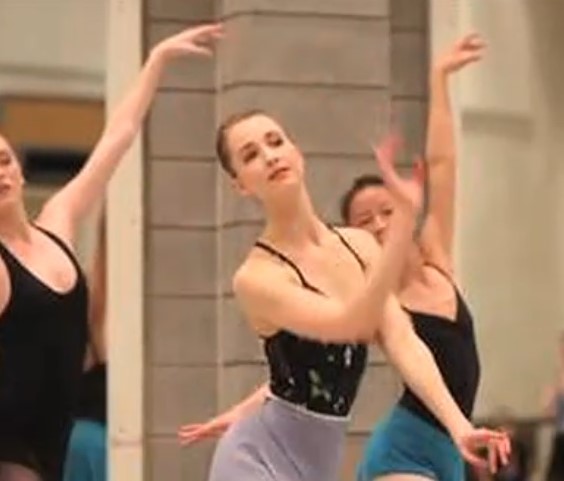 The story for this scene has the main characters starting sad but suddenly encountering magical reasons for hope and joy. The tone is lush and emotional, then growing excited, in homage to the great Romantic ballet style (think Swan Lake). Picture the corps of ballerinas all fluttering around as this piece plays. I hope you enjoy this sneak preview.

Since my last entry, Crystal and I have both had Covid, yuk, but are largely over it now. The worst case, though, was contracted by Noah, one of our cats! Poor thing. I’ve been up many nights with him, holding him over a steam vaporizer to help him breathe. I also discovered online that cats can take Benadryl — in the correct dosage, of course. But I have had to battle him to get those pills down his throat. From the start, he rejected the trick of embedding the pill in food. I’m thankful he seems to be getting better now.

Crystal has been working very hard learning the role of Cinderella for her upcoming Into the Woods show at the “Audience of One” theater in nearby Lebanon, TN. I’ve been joking that the only vocal part more tricky to learn to sing would be Arnold Schoenberg’s Pierrot Lunaire! That piece is like stepping on Legos in your bare feet, with your ears. On top of rehearsing, Crystal has returned to fulltime teaching this week. I really don’t know how she does it all.

This week, I took on my own kind of heavy-weight bout with our big Dutch oven and a huge chuck roast and vegetables. I watched some YouTube recipes and settled primarily on braising the roast in red wine and herbs. The real secret to tenderness, though, is “low and slow.” It took ten hours to cook, two hours at 250F degrees and eight hours at 185F before the meat was falling apart.

In addition to the MP4 “animated album cover” for the new album that I posted here last time, Parma Recordings has also created this looping GIF file that is much smaller and has no music. It will also have a lot of uses in online articles and ads.

This past week, after a nice dinner at the Germantown Café, we went downtown to the packed-out Tennessee Performing Arts Center to see the touring new spoken play adaptation of To Kill a Mockingbird. It featured Richard Thomas (John-Boy Walton!) in the iconic role made famous by Gregory Peck, though with a different vibe than the movie, even some comedic one-liners. I still like the movie version better and could not help but miss the hauntingly beautiful music from the film composed by Elmer Bernstein, one of my favorite film scores. But the play was well done in its own way, and it was a really enjoyable evening out for Crystal and I.  Wishing you the best till next time!