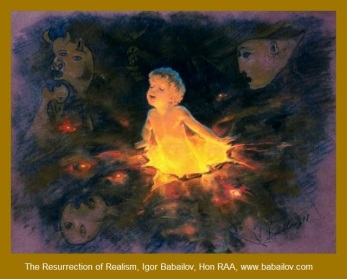 Here are a few brief comments about my musical style, for those who wish to know the philosophy behind my work. It can be read in four minutes. First, I am a neo-traditional, melodic, narrative, tonal composer whose music might be generally grouped in style with early 20th-century classical symphonists like Sibelius, Vaughan-Williams, Rachmaninoff, Prokofiev, Ravel, Delius, Holst, and others.

These composers sounded nothing like each other, yet collectively they proved to me that great tonal music could still be written in the midst of their own early atonal/ Modernist age (whose music they have largely outlived), and in a non-derivative, personal, fresh voice. Moreover, they prove to me that narrative tonality in classical music, well done, can still be viable in perpetuity, even in the midst our own prevailing Postmodernism. This bit of context aside and more to the point, I  simply compose music I would like to hear, myself, if I was sitting in the concert hall, for enjoyment. and with no other great agenda than the simple idea that music should sound beautiful and be well written. It is enough of a challenge for me just to try to accomplish that.

In these days of multicultural awareness, I hasten to add that I do very much compose in a spirit of good will and love for the whole human family to enjoy, and I love the fact that my music has listeners worldwide in many nations and cultures. I do also enjoy hearing many other styles of music, myself, and see my work as harmonizing and sharing along with them in the great quilt of pluralism in the arts. I do believe that the best music and art from many cultures can objectively be called intrinsically beautiful and “great” in craft, and indeed universal in appeal. Some things are arguably beautiful in absolute truth, and not only in subjective, relativist opinion, for example, the sunset, foods originating in one country but enjoyed worldwide, and great art that has also universal human appeal, wherever it may have originated.

Speaking within my own tradition now, I believe that the composition of excellently crafted, tonal, classical music with an original or unique personal voice is a lost art and the most difficult form of musical craft to compose. To match anywhere near the quality of the composers I have named above requires a far more rigorous training than American universities now typically include in their curricula for composers, especially in regard to tonal craft. Even with a doctorate in composition, it has taken me decades of additional practice, score study, and self-teaching to reach something even approaching a masterful skill and true artistry in my own voice.

I would like to propose a renaissance of this lost tonal craft as a kind of “third rail” in today’s classical music scene, and a necessary one, if classical composition is to be restored, survive, and once again contribute great works to our standard repertoire. By the first rail, I mean academic classical music that might be called well composed, but which is in a style almost no one actually likes outside of the ivory tower, so it will never enter the standard repertoire. It occupies less than the width of a hairline on the pie chart of recording sales and downloads and remains essentially unknown to the public. By the second rail, I mean the reverse — music in a style people might like, but which is not well enough composed to enter the standard repertoire, though it might be interesting to hear once. So, many classical listeners still cry out for this third rail to exist — new works that are actually worthy of the standard repertoire — works of true excellence they can love and actually want to hear many times.

I am sometimes asked, “But doesn’t concert music nowadays have to be in an atonal, modernist, or post-modern style to be considered ‘new music’ or to be genuinely classical?” The answer to both is, absolutely not! If music was just written, then it is literally “new”, regardless of style. I ask you, is a freshly-baked croissant disqualified from being called “new food” because it was made with a classic old recipe invented in 1683? No, it is literally “new food” because it just came out of the oven! It is “the food of our time” and “contemporary food”! It is still classical, because it uses a timeless recipe and timeless ingredients that will never become obsolete. So, I do not call music old or new but rather “timeless” or “fashionable”. Lately, it seems to me, in its preoccupation to keep up with the times, fashion has failed to keep up with the timeless.

One example of universal timelessness in music that is important to my work is “narrative”, a sense of a linear story unfolding and moving toward a goal, because story-telling has been a part of every culture throughout all of history, still is, and arguably will always remain so. Without tonality, harmonic progression, and a truly engaging linear melody, it becomes much more difficult with music alone to pull the ear forward through time and create a perception of narrative. Thus, new music can get loaded up with extra-musical elements to try and create and maintain interest, like theatrics, texts, or ironic and sardonic social commentary. I sometimes joke that, by comparison, my music is completely without interest! All you get is melody, harmony, rhythm, counterpoint, tonal structure, and form. But from these you do get a sense that a story is being told by the music itself in a goal-directed narrative, reflecting the stories of our own lives and the sense of purposefulness to life that is found in faith rather than in randomness and nihilism.

Finally, while some artists are called to “disturb” their audiences, it is simply not my own vocation to disturb. Too many people are already disturbed and are looking for music that rather heals and imparts hope to their disturbed spirits. So, I leave it to other artists to do the disturbing, if they wish to. This does not mean my music is sugary or banal, by any means. There is plenty of tension, but the dissonance does not sound random. Rather, it makes sense in the context of supporting the crisis points of a perceivable dramatic narrative, and it is resolved.

I keep working toward these goals, the latest expression of which can be found in my album called The Sea Knows and especially in my newest work, a symphony in progress, which can be heard by clicking above on the “Symphony No. 2 Bonus Videos” link.  (A commercially released album of the symphony is due in 2021.)  Thank you most sincerely for your interest in reading this.